Have I arrived to a ghosttown?

Rather than delete old topics when they die or get too long and need to be remade, they will be moved here. Topics will locked but members are welcome to read them. Requests to have a topic restored can me made to any admin or moderator or posted in Help and Feedback.
Locked
4 posts • Page 1 of 1

Have I arrived to a ghosttown?

It seems that almost all of the staff and moderators are inactive. I'm guessing forum-based roleplaying has peaked?
Top

Its a hard question to answer, but in general terms, no its not a ghost town as there are still plenty of RP's going on tho it is true forum activity is lower than it used to be. I blame most of it due to people migrating to the forums discord instead, as well as many RP's on the forum being much slower and longer reply times than it was before. I wouldn't blame that on a peak in roleplay forums in general since Im sure there's plenty of super active places online.

Im guessing it's a sore subject for people to answer however, tho it is a concern Ive tried bringing up before. There's some different ideas about how to fix it, one of which being to click the voting links every day. I'm just not sure of that myself, thinking it's a more fundamental issue than an advertising one considering how active the forum was before all that. Sure the voting can help to keep people active and make sure the forum has a higher visibility, but you still need "content" to keep people here once they show up and to bring others back who might have gone silent.

Im sure if you had some suggestions someone would listen, but I don't think its a problem any one person, or small group of people, can fix. Id go more in depth about my theory crafting about why that is but honestly I don't really know the whole picture so Im not sure how helpful that'd be. All I know is this is meant to be an RP forum so if they want more activity it'd be a good start to create more RPs and to lower the average reply time in those RPs so they'r measured in days... not weeks or months. Generally speaking, long delays in between RP posts generally show a lack of interest in continuing those RPs.

Personally I'd like to see a Highly Active Role Play zone, or H.A.R.P. for short. Ya know, a place where people can go if they're looking for an rp with a faster reply rate, tho there doesnt seem to be any interest in it I guess. Either that or some kind of rule that if people dip out, to at least leave some sort of notification if they can in the relevant OOC topic or to someone in a private message so people know not to wait on them anymore. Especially if they're still active in other places on the forum, just having gone silent and lost interest in other RP's. IMO its the least one could do after showing interest and joining someone's story idea. I'm just not sure how to enforce something like common decency, especially considering that so many seem guilty of it. I probably am to somewhere, tho I do make an effort not to make the problem worse than it is.

Tho, that's something new blood such as yourself could help with, just by trying to do what I assume attracted you to join~ :D Of course, as a verified ghost and lurker myself maybe I'm talking out of my ass. For instance, I saw your introduction post I'm just generally not that active in the intro forums, not that active in the off topic one either, so spirits like myself probably contribute to the problem in other ways.

Hope it helps answer your question, tho I'm sure someone with more substance (get it, cuz Im a ghost~) will reply soon with a better answer.
TY B

We've plenty of threads waiting for people to jump into, and while we've had a few losses over the years we have plenty of lurkers. Though I would say we've a fair few who take their time, as life is a weird thing, and as the community has aged so has their responsibilities outside these halls of imagination.
Suggest also jumping into the discord channel, as that's where random chats break out more often than not. Kinda overtook most off topic stuff, so the meat of RPC is in it's roleplaying threads, oh and side note.. if you see an rp of mine, feel free to join the ooc as I never close.
Also, the majority of our staff log in at least once a day so don't know where you're getting the idea they're not active. 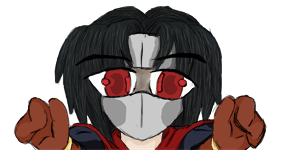 Locked and archived, since an answer's been given and this isn't really the format for questions.

Return to “The Collective Archive”